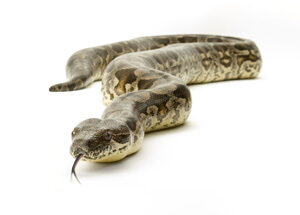 It seems as though there are not any boa constrictor facts that are not either unique, fascinating, frightening or just incredibly intriguing.  Native to Central and South America as well as the Caribbean, they are one of the easiest recognized varieties in the world.  Below are the top 15 most interesting boa constrictor facts that are known about these large snakes.