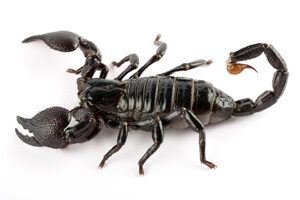 All about Dangerous Pets

For most people, owning a pet means that they have a dog or a cat, but every year more and more people are buying dangerous pets, many of which are considered exotic, and trying to keep them in a home that is far removed from their natural habitat. While in the past dangerous pets might mean a nasty pit bull or a feral cat, there is much more to fear from some of today’s dangerous pets.

Every year Americans spend $1.6 billion on wild animals. That is only a portion of the $25 billion spent worldwide on these same types of animals. Growing at a high rate every year are the number of reptiles in this total. Unfortunately, statistics show that 90% of reptiles bought as pets die in their first year.

Most wild animals do not adapt well to living in captivity. Yet animals such as monkeys, alligators, tigers, lions, cougars, bears, poisonous snakes and turtles are just a few of the species now being kept in houses and backyards. People are attacked by these types of pets every day and many of the attacks are fatal.

Not only do exotic pets attack humans, some of them carry diseases which can infect humans and ultimately are fatal. Salmonellosis is common among reptiles, and other creatures can carry herpes B, rabies, and even monkeypox. Few people are prepared for the special housing, food, and care that wild and exotic animals require.

That’s not to say that all reptiles are dangerous pets. After all, there may not be much to fear from a six-inch gecko, but there seems to be a trend toward venomous snakes and spiders. People seem to have no qualms about spending $600 to $1000 for a Moroccan black cobra or a New Guinea Taipan.

Unfortunately, with these large six to fifteen foot snakes, more often then not they turn out to be a lot more work to take care of than the snake owner bargained for.  Before you know it the snake has been released into the wild and animal control is being called to rescue the snake and take him to a safe place where he can live for the rest of his life.

If you check out the number of incidents involving exotic wildlife every month, you will find such situations as: 18-foot python attacks 3-year-old, 350-lb. black bear kills owner, pet gila monster almost kills owner, man in critical condition after being bitten by Mexican bearded lizard, 10-year-old attacked by mountain lion, 2-year old strangled by 12-foot Burmese python, monkey attacks child and many, many more like these.

Every day such incidents happen as alligators are rescued from bath tubs, snakes escape from aquariums, bears kill someone feeding them, or a tiger escapes from a cage in someone’s backyard. All of these kinds of problems put innocent people at risk, the public along those charged with capturing and transporting the animal to a wildlife sanctuary. Today you can run into all kinds of dangerous pets just about anywhere.

While there are laws in the United States that ban the sale and interstate transportation of wild and exotic animals by people without special permits, most laws are left up to individual states when it comes to what animals are allowed to be kept as pets and which are not. Nine states have no regulations at all about exotic pets.

Even though you think that having a 15-foot venomous snake in your bedroom might be cool, anyone who is considering owning dangerous pets should consider the amount and type of care an animal will need before acquiring it. Most people do not have the facilities or experience to care for poisonous snakes, lizards or turtles and other wildlife. Leaving an animal in its natural habitat is usually the best decision.