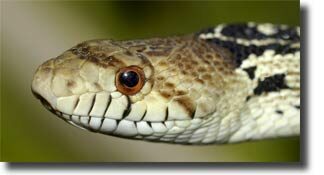 All You Need to Know About Snake Breeding

Snake breeding is not one of those phrases that comes up often in everyday conversation. Many of us are afraid of snakes; why would we want to breed them? Many people around the world have snakes as pets, though, and many more also make money by raising them and selling them to pet-owners and other interested parties, so snake breeding is not as farfetched or uncommon as anyone would initially think. If you want to know more about this interesting process, then read on. I will give you some intriguing information about breeding snakes for your own education (and perhaps even use).

For starters, let us talk about snakes. A snake is a reptile, which is a member of the animal kingdom. Specifically, snakes are classified broadly as Squamata serpents, under the Reptilia class. Generally speaking, snakes are legless vertebrates that lack external ears or eyelids. They are covered in scales and are also ectothermic, or what we know as ‘cold-blooded’. This means they cannot control or regulate their temperature externally and have to maintain it by basking in the sun, cooling down under a rock, or other means of control in their habitat. Most snakes also lay eggs as a means of reproducing, which is important in breeding them.

Snake breeding involves taking two snakes and mating them to produce offspring, just like with any other animal out there. As a whole, the process can be quite complicated, and it always helps to consult the advice of someone who has been in the business for quite a while. With that being said, this article will give you some tips and information to get you started. For starters, you have to have a male and a female snake of the same species. Snakes do not work like dogs, in that there are multiple breeds that can be interbred. You have to have two pythons, two mangrove snakes, two vipers, etc. Telling the gender of the snake is often tricky and even the pros make mistakes with it on occasion. There is an opening towards the rear end of the body called a cloaca. If you stimulate this area with a tool called a sexing probe, the male’s hemipenes will protrude. But, it is helpful to have someone show you how to do this.

Next, you have to create the right environment. Each kind of snake has a particular reproductive cycle that is stimulated by certain factors or conditions, like temperature, light, etc. You have to determine what that is for your particular type of snake and then make it happen (by adjusting the lights, turning down the temperature, etc.). Following this, it is time to gradually introduce the male to the female. Once acquainted and comfortable, the female will let her guard down (eventually) and the two snakes will mate.

For egg-bearing snakes, the incubation period after egg laying is anywhere from 40 to 70 days. For live birth, baby snakes can take as long as 100 days to be birthed. Litters (how many young per conception) also vary depending on what type of snake you have, but normally they can range from as few as one to as many as 50 or 60. So, if you are snake breeding, be careful: you will quickly have a mess of snakes on your hands.

Snake breeding is more complex than it has been described here, which is why I encourage you to hook up  with a professional and someone who has done this for years and learn the science from them. Be it for business or pleasure, breeding snakes is sure to be an interesting and captivating experience.