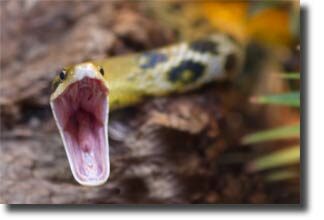 This is not a tutorial exactly, but a collection of facts and ideas about how to get rid of snakes. Most of the methods discussed below have been time tested; at least to the extent that someone willing to share his or her knowledge has offered a solution they claim works.

Most Snakes Are Not Evil – There are a couple of things to consider before trying to figure out how to get rid of snakes. The first is, do you really want to or need to? Most snakes do good, in that they help keep insect and rodent populations in check. Even the snakes we fear, like the rattlesnake does good. We just don’t want one of those in our yard, in our basement, or in the foot of our sleeping bag. The second thing to consider is what steps you might take to prevent snakes from visiting your yard or household in the first place. If your property is “snake heaven”, you might spend a lifetime getting rid of them, only because they’re continually attracted to the place where you live.

Personally, it’s my opinion that every fine garden should have at least one resident garter snake. They are quite harmless, although if you chance upon one unexpectedly or suddenly, both you and the snake might be in danger of having a heart attack. If you can tolerate their presence though, leave them alone. A snake, venomous or not, is not apt to chase you across the yard. Both will strike at you if they feel cornered or otherwise in danger. Even a 3 or 4 inch baby garter snake will strike if you but a finger in its face. Kind of cute really. Don’t try that with a baby rattler though! Given a half a chance, a snake will head in the opposite direction to a safe hiding place.

If you spot a venomous snake on your property, or one has invaded your home, give it a wide berth, keep kids away, pets also. If a fool with a long stick is in the neighborhood, invite him over to do the snake in. A better idea is to call Animal Control, the County Extension Office, or the Sheriff. All will be glad to help get rid of the unwanted guest. Cats kill snakes too, but you might not want to trust having kitty near a large rattler.

Inspect Your Property – The best way to keep snakes at bay is to take a look around your property and see where, if you were a snake, you would find a pleasurable spot to hang out. Woodpiles are a favorite place. Piles of rubbish that are not tended to make nice hiding places. Anything that attracts insects or rodents, such as spilled grain or bird seed from a feeder, can attract snakes as well, not because of the grain, but the insects and rodents who eat it. Like most of the rest of us, snakes need a drink of water now and then. They’ll get by on dew on the grass at times, but are happier if you have a pond, or any water source at ground level.

Do an inspection of the exterior of your house, especially the foundation and clapboard or steps which might provide a hiding place, or cracks in the foundation that snakes, and other critters, see as an invitation to “come on inside”. Snakes like thickly planted gardens, straw mulch, and tall grass. Perhaps you don’t want to permanently be without one or more of these. Just be aware that they are good snake habitat.

Home Remedies that Seem To Work – One home remedy which appears to work, or at least makes sense, is having a cat or two (to control small snakes). Some dogs will hunt and kill snakes also, but others are afraid of them. Cats don’t seem to share that fear. One source suggests spreading gravel around as snakes don’t like to crawl on gravel – it hurts or cuts their stomachs. You might not want to build a gravel moat around your house, but there could be places where a little gravel might come in handy. Whether snakes are smart enough to wait for rain to crawl across the gravel is an unknown at this point.  Mothballs are another idea, as snakes apparently can’t stand the smell. Several people swear by using sulfur powder as a barrier, as apparently snakes can’t tolerate sulfur either. Sprinkling turpentine around is claimed to work, though it may not be the best solution as far as lawns and garden plants are concerned.

There is obviously more than one answer to the question of how to get rid of snakes, but denying them the habitat they are most comfortable with is often the best approach.