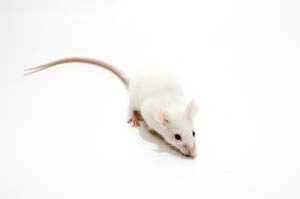 An Overview Of The Different Types Of Mice

There are many different types of mice in the world, with several hundred different species and perhaps as many subspecies. In the Western hemisphere the species are referred to as New World mice, in Europe, Asia and Africa, you’ll find Old World mice. Of course over the centuries, many species have migrated from one side of the world to the other. Still the general distinction between New World and Old World mice has tended for the most part to hold true.

Some of the more commonly encountered types of mice are assigned specific names, the common deer mouse being an example. Other types are simply referred to as brown mice, black mice, house mice, field mice, and so on. What one person calls a particular species of mouse, may be something completely different from how another person refers to that same species.

Not all mice are the same. Some types of mice make excellent pets. These mice often are selectively bred, and one can’t assign a specific label to them in terms of type or species. Included in this category are the so called fancy mice types, also bred for pets or for show. Not everyone is afraid of mice; there are plenty of mouse lovers out there too.

Some mouse types are best known for their destructive behavior and are classified as pests, other types are known as carriers of specific diseases. A species of Deer Mouse, which inhabits the western United States, is well known as a carrier of the dreaded hantavirus. The common House Mouse on the other hand, fits into the good guy category, being the mouse type most often used in laboratory and medical work. The House Mouse (Mus musculus) actually consists of three different subspecies, and the rodent varies in color from brown to black. The House Mouse is probably the best known of all species, since it prefers to live in close proximity to humans. With its large ears and pointed nose, it is one of the cuter members of the mouse family. Because it lives where humans do however, the House Mouse can be a carrier of human diseases.

Another of the more numerous types of mice is the Field Mouse. Brown, black, and sometimes white in color, these mice are extremely intelligent, and extremely fast breeders with the female giving birth nearly on a monthly basis. In spite of their intelligence, cautious behavior, nocturnal habits, and the fact that they breed like rabbits (or more so), they have many predators, and are not terribly successful in eluding them. Consequently, we aren’t overrun with Field Mice. While they can be considered pests, they are primarily scavengers, possibly doing as much good as harm. The Field Mouse is sometimes referred to as the Country Mouse.

Regardless of type, mice are for the most part nocturnal creatures. They tend to set up shop (nests) near reliable food sources, especially sources they can reach in comparative safety. Male mice tend to be quite territorial, and for most species, a male mouse will respect another male mouse’s territory. If you get a mouse for a pet you may have to coax it a bit if it is to be active during the daylight hours, and it is important that it has a dark place to rest or hide during the day. Mice, although skittish animals, can learn to be handled, and can become quite affectionate as pets. A downside however is that they have a relatively short life span, with most species living less than two years, and usually even less in the wild.

If you see a mouse in your house, other than a pet mouse, it is making its home in a place you don’t want it to. For health’s sake if for no other reason, you need to get rid of it. If you see one in the wild however, the nice thing to do might just be to let it be. Chances are a predator is going to find it sooner or later anyhow.