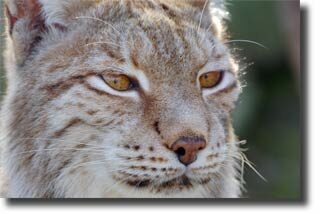 A Quick Guide to Bobcat Hunting

Bobcats are found in good numbers all over North America, so bobcat hunting can be both satisfying and bountiful. Bobcat hunting is also quite challenging, mostly because of the bobcat’s lifestyle. Bobcats are not completely nocturnal, but they are not active during most of the daylight hours. That means that bobcat hunting is usually done in the dark or near dark.

The bobcat looks like your basic housecat, only at least two times the size. It has a very furry brown or gray coat with black markings on the front legs and tail that look like stripes. The ears are short and pointy, usually tipped with black. The tail is not long like most cats, rather it is a stub with a black tip. Bobcats also have black spots covering most of their bodies, and another distinguishing characteristic is their white belly. A typical adult male bobcat will be about 3 feet long and weigh anywhere from 20 to 30 pounds. The male bobcat is larger than the female, generally by about 30 to 40 percent.

Bobcats are hunters themselves. They go after many types of prey, including insects, rodents and even deer. Most commonly, bobcats prey on hares and rabbits if they are plentiful. The type of food sought by bobcats changes depending on the season, the location and what is available. A bobcat can go for quite a long time without eating, and when a larger animal like a deer is caught, they will eat heavily and return to the animal several times to feed. Like most cats, the bobcat stalks its prey and pounces suddenly in order to catch their meal.

The bobcat has a rather unusual activity pattern, which is why bobcat hunting can be both challenging and exciting. Bobcats sleep most of the day and become active about 3 hours before the sun goes down. They are on the move from this time until around midnight when they rest once more. Bobcats rise again just before dawn and will usually remain active for another 3 hours or more. They keep to the same pattern and route day after day, and will move anywhere from 2 to 7 miles from their home during their waking hours.

The most difficult part about hunting bobcats is the fact that it is commonly done when it is dark outside. But that is also what makes it so exhilarating. If you can get familiar with the bobcat’s habitat and find its den, you will be more likely to encounter bobcats during a hunting trip. Set yourself up in the area surrounding the bobcat den and use a bobcat caller every 10 or 15 minutes until a bobcat appears. If you don’t see a bobcat within 30 to 40 minutes, move about a quarter mile away, continue calling and wait. It is important to be still as you wait and watch carefully since there won’t be much light.

Another way to hunt bobcats is from a tree stand. Although this is not the most common way to hunt bobcats, it has its benefits. The biggest reason to use a stand for hunting bobcats is that you can see a lot farther from the higher perch. This makes spotting the bobcat much easier, since they are likely to be stalking around rather than running out in the open. The tree stand is even more successful when used in combination with an electronic caller, which can be purchased at most sporting goods shops. These callers are quite handy at attracting bobcats and can lead to a very prosperous hunting trip.