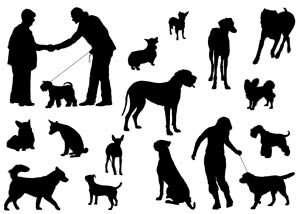 What Are The Characteristics Of A Staffordshire Greyhound?

The Staffordshire Is Not A Pit Bull – The greyhound has gained fame as a racing dog, while the Staffordshire terrier is sometimes confused with the American Staffordshire terrier or the Pit Bull terrier. One would imagine then, that a cross between the two would give you a very fast and somewhat mean dog. First of all, not all pit bulls are mean, though they have a bad reputation. Second, the greyhound has been crossed with a number of different terriers, and in almost all cases, a friendly hunting or family dog has been the result. Thirdly, the Staffordshire terrier, or at least the English breed, is not a pit bull and almost always has a good temperament, in fact it is generally very friendly towards children.

What you would have in a Staffordshire greyhound hybrid would be a family and a hunting dog that is indeed very fast like the greyhound, and extremely strong, like the Staffordshire bull terrier. The hybrid would be used mainly in hunting smaller game, like rabbits, but could run down a deer if the opportunity presented itself. When around the family, it would have the generally laid back disposition common to the greyhound. In short, this particular mix will make a very fine family pet. It would be classified as a big dog, but one that could spend much of the time indoors, as long as it is taken for walks or runs often enough to give it plenty of exercise. This hybrid should not exhibit any aggressive tendencies unless they are trained into it.

Characteristics Of The Greyhound – What the greyhound contributes to the mix is a dog that is generally very healthy, and can be expected to live up to 14 years, a good long life for a larger dog. It needs to be kept on a leash when out of doors but not in an enclosed area as it is a natural hunter. Unlike the beagle for example, it hunts from sight, not scent. Like the beagle, if it takes off after prey it may not easily find its way back home, hence the need for a leash. The greyhound is not a cold weather animal and is usually considered to be an indoor dog.

You may have to look long and hard to find a Staffordshire greyhound. It is not in the list of American Kennel Club breeds, or hybrids, nor will you find it in the listings of the American Hybrid Kennel Club, or the Designer Breed Dog Association. If you do locate a Staffordshire greyhound breeder however, the puppy should be a keeper, becoming a loyal and long time friend.