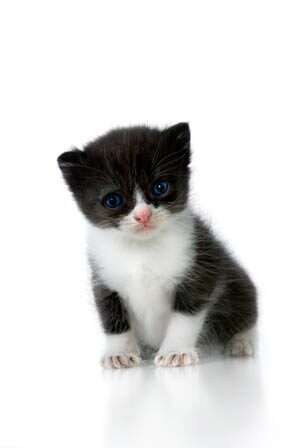 Do You Have A Kitten Biting Problem?

A little kitten biting your finger might seem cute at first, but you want to break that happen before it gets too painful or the kitten begins to regard it as is quite acceptable and natural behavior. Cats and kittens can bite out of anger or fear, or as an act of playfulness and even affection. Whether well intentioned or not, it still hurts, it can become a source of infection, and is absolutely unnecessary behavior.

Why Kittens Bite – Unlike humans, who often do irrational things, a cat does everything with a purpose in mind. Even a kitten biting someone is doing it for a purpose. A kitten is a young hunter, and a predator. What is better than lying in wait to ambush its prey, which, when passing by, just might happen to be your ankle? This is a play game that the kitten will never tire of, but you and your ankles soon will. The solution is to give the cat another target to go after, which could be a stuffed animal, a chew toy, or a ball. Knowing you’re about to be ambushed, you simple toss the object in front of the kitten and eventually, hopefully sooner rather than later, the kitten will join in the game and go after the object instead of after you.

Even in play, kitten biting usually isn’t restricted to ankles. If a very small kitten is taking an occasional nip at you, the solution is often a simple matter of giving the kitten something else to bite at. Something you can wave in front of it, or gently poke it with, alike a small plastic or wooden stick. The stick becomes the object of play, not one of your body parts. As was the case with ankle biting, you can solve the problem by finding a good substitute for the kitten to work on, one that allows you to socialize and play with the cat without getting wounded in the process.

Of course kitten biting episodes aren’t always the result of play, or practice in being a predator. A kitten can be unhappy, frustrated or angry, and take its feelings out in the form of aggressive behavior. Of course a kitten can bite out of fear as well, but if we treat it well and are a little careful not to place it in a position where it has reason to be afraid of us, we will seldom be bitten for that reason. Making sure the kitten has enough to keep it occupied is one way to keep biting episodes to a minimum and eventually eliminate them completely. Scratching posts, chew toys, toy mice, and maybe best of all, a feline companion, can all help give the kitten plenty of opportunities to play out its games or aggressive tendencies.

Like Someone Blowing In Your Face? – Insofar as punishment is concerned, striking a kitten is never justified, not is it justifiable as far as an adult cat is concerned. A good way of letting a kitten know that what it has done, or about to do, is unacceptable, blow in its face. Cats and kittens don’t like that at all. If you blow in its face and say “No” at the same time, it will also begin to learn what “no” means. Blowing in its face is effective and does no physical harm to the kitten. Save face blowing for use as a reprimand, or as the last resort, if distracting the kitten with a toy or piece of string isn’t working. Never tease the cat by blowing in its face. Not only will you be undermining the effectiveness of the reprimand, but you don’t want to be nose to nose with a cat should it get truly angry!

Cats And Water Don’t Mix – Another approach towards reprimanding a kitten is a spray bottle (containing tap water). Cats don’t care to be sprayed with water, even a tiny amount, hence the spray bottle can be an effective means for correcting bad behavior. You might not have the spray bottle handy when the kitten bites, after all you won’t be carrying it around with you constantly. Then, just blow in its face. Don’t run into the other room to get the spray bottle. By the time you get back, the cat will have forgotten what it did and why you are spraying it.

Put a little effort into putting and early stop to your kitten biting you, and you won’t have to worry about it biting you, or others, once it has matured.