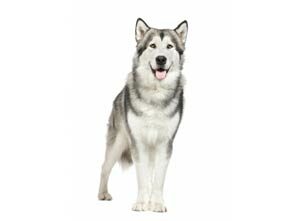 All About The Wolf Habitat

The wolf habitat is wide throughout the northern hemisphere.  Because they may harm other animals, they are often hunted.  The gray wolf has suffered from this because they are almost extinct in many areas because of this.  They can be found from time to time in Europe, Canada, Alaska and Asia.

The red wolf is found in the southern United States but they are very close to becoming extinct because they have been hunted and trapped for so long.  A special breeding program had been created to help save the red wolf.  They were then reintroduced to North Carolina.  Because of this program, approximately 100 red wolves can be found in the wild.

The wolf habitat can span a large distance.  They are known to travel approximately 12 miles in one day.  They are often found in tundra’s, plains, and hardwood and softwood forest areas.  A tundra is an area that has ground area that is frozen solid approximately five inches below the snow that is covering the ground.  Because the wolf is frequently found these types of areas, he or she is not going to be able to eat different types of plants or grass.  Therefore, they have become meat eaters and they will often hunt different animals that they can eat.

The wolf habitat is going to vary depending on where the wolf is able to get food and water to survive.  However, you are going to find that they are often located in areas that are going to allow them to build a den.  This is usually going to be found near water somewhere.  They may use different things such as logs and rocks in order to make their dens.  They may even find locations that have loose soil and they will build their dens there.  This could include areas like beaver dams as well.

As you continue to explore the wolf habitat you are going to begin to notice that the wolf can survive just about anywhere as long as they have food available.  You will quickly realize that they can survive anywhere except in rain forests or real desert areas. As, previously mentioned, you will notice that the wolf habitat has changed because of what we have done to the land over the years.  When you go in and destroy the different plains and wooded areas you are destroying the wolf habitat.  That is why they are able to move from place to place and adapt well.  Ideally, they only need a location that is going to allow them to have a place to build a den and have access to food and water.  This can take place just about anywhere.

There have been numerous habitat programs over the years that have been created to help the wolves survive and thrive.  Legislation needs to be put into place so that the wolves will not be killed or endangered.  It is most important for them to be protected so that they can increase in numbers.  These animals need to be protected in the wolf habitat.  If you are interested in helping these beautiful creatures, you should take the time to research their habitats and what you can do to help protect them.

When we better understand what the wolf needs to survive and grow, we are better able to do things that will help them.  It is important to understand the impact that we have on the environment and how that harms the animals that live there.  We need to work to help the wolf and stop them from becoming extinct.