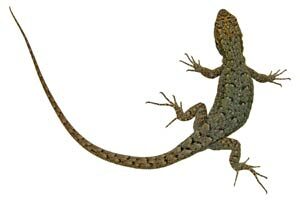 The Truth about Lizard Repellent

The problem is, there are lizards, mostly small ones, who live naturally in warmer environments, such as the southern part of the United States. Where lizards live in large numbers, they can crawl through small spaces and enter people’s homes. There could be tiny spaces around windows, doors, air conditioners, even in foundations where a lizard can slip through.

These types of lizards are totally harmless and when they do what they were born to do, eat insects, they actually do a service to humans. But it’s understandable that some people don’t like lizards and some people are just plain afraid of all reptiles. Lizards come in all colors and can range in size from a couple inches to fourteen inches.

While there are pesticides which would undoubtedly be good at killing lizards, these same pesticides would be toxic to humans and pets as well, so the best choice is to try some natural deterrents. The first thing to do is seal up all the cracks and holes through which the lizards are entering the house. If you have a dirty house, leaking pipes, piles of paper, books, or laundry strewn about, you are giving the insects water to drink and places to hide.

If you have any old garbage or other objects in your yard that are decaying and attracting bugs, get rid of all of it. Standing water, old boards, tires, and piles of plant debris all attract insects, and insects attract the lizards. Lizards only frequent spots where they can find food, so if you have fewer insects to eat, they will go find another yard which has more. You can also use organic insecticides to get rid of bugs, and these will not be harmful to the environment.

Many people claim that scattering egg shells on the floor and other places where you have seen lizards will drive them away, as lizards will not move across the shells. Spreading around peacock feather is another homemade remedy. Since lizards are pursued by birds, they will not frequent areas where they can smell birds.

Instead of a lizard repellent, you can use a catch and release method. Since you are not going to touch the lizard even fearful people can use this technique. Simply find a cardboard box with a cover. Place the edge of the box on the floor, sweep the lizard into the box and put on the cover. You can also use the box to trap the lizard against a wall, maneuver him into the box, and get the cover on. You can then take the lizard far away and release him where he won’t bother you again.

You can get an electronic lizard repellent, that plugs into any wall outlet. When you turn it on, it is supposed to make noises or vibrations which only lizards and other pests, such as mice, can hear. The noise hurts the ears of the lizard and they leave the premises. These are reported to have varying success rates.

As you can see, there are many ways to repel lizards. If possible, it is always best to choose a method which is not going to harm the lizard or the environment.