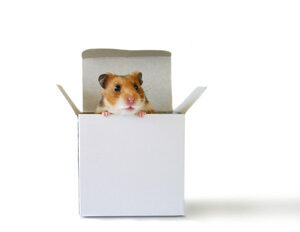 A Few Facts About Hamsters You Should (Maybe) Know

There are some facts about hamsters you need to know if you’re considering bringing one or more home as a pet. There are other facts which are less important, yet interesting, and still others that border on the trivial, or you could care less about. A few in each category are given below.

One of the obvious facts about hamsters is that they are extremely cute and as such make cute pets. They are also rodents, and there are those who want nothing to with rodents, and consequently, noting to do with hamsters. As cuddly as hamsters can be, we know that rodents generally have sharp teeth, and even a tiny one is capable of giving a painful nip. Hamsters in some ways resemble chipmunks, without the stripes and tail of course, though the hamster is a little more stoutly built. It does have the cheek pouches the chipmunk has, in fact the hamster’s pouches might even be a bit bigger.

Where Hamsters Come From – While hamsters make very popular pets in North America, they didn’t originate here. Most species come from Asia and the Middle East. Large populations are to be found in India and Syria plus as far north as Siberia. The Syrian or Golden hamster is one of the favorites as far as a pet hamster is concerned although there are several varieties of Russian or Siberian hamsters for sale in pet stores.

One of the facts about hamsters which may seem a bit curious is that they can only see about 6 inches in front of themselves, not good for avoiding predators certainly, and one would suspect not good for catching prey either. They are color blind to boot. Hamsters are omnivorous, and will eat insects or tiny mammals they can catch (or given their eyesight, happen to stumble upon) but exist for the most part on seeds and vegetation. If you have a typical hamster family you might find yourself with a doe, a buck and several puppies. If you do have a doe and a buck, the gestation period for a hamster is between 2 and 3 weeks. Like rabbits, hamsters will multiply rapidly if given the chance. Their life span is about 2 years, but if you start with a pair, you can still end up with many hamsters in two years time. If you want Syrian (Golden) hamsters for pets however, you won’t be keeping a family as two members of this species generally won’t get along together, except possibly for mating. The Syrian hamster just wants to be alone, though will welcome you as a companion. Several of the Russian species can be kept in groups however.

Life In The Burrows – While most of the hamsters you have ever seen have either been in cages or running through plastic tubes, hamsters are nocturnal, and not often seen in the wild. During the day they spend much of their time in their burrows, venturing out at night in search of food or whatever hamsters do at night. These burrows can be 2 to three feet deep and quite extensive as far as length is concerned. Besides having a protected place to stay and to sleep, the burrows serve as warehouses where hamsters store food. As far as storing food is concerned, and you may find several pounds stored in one area, one of the facts about hamsters is that they get their name from this habit of storing food. “Hamstern” is a German word having something to do with storing food. When the hamster ventures from its burrow, it could never find its way back home based upon its poor eyesight, so it uses scent glands to leave a trail that it can follow to get back to the burrow. Amazingly, a hamster may travel a mile or more from its home base in the course of a night, but can still follow its scented trail back.

The best of the facts about hamsters is that they make awfully nice little pets. While their intelligence may be somewhat of a question mark, most learn to recognize their own name and will often come when called. If handled correctly at a young age they will respond well to being picked up. Different hamsters have different temperaments however, and the occasional cuddly pet will sometimes offer a not so cuddly nip. But by and large, they are a joy to have in the house.