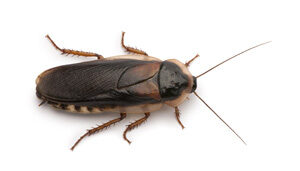 Do roaches bite? Yes, they do. Most carnivorous insects bite, and the roach, or cockroach, is a carnivorous insect. Do roaches bite humans? The answer to that is also yes, or at least there are plenty of records and testimonials indicating that they have done so. Roaches are bad enough and creepy enough that we shouldn’t have to worry about them biting us as well. A scary, or at least disgusting, scenario would be one of being trapped in a corner, facing an army of bloodthirsty cockroaches.

Fortunately, at least according to roach experts, the nasty little creatures rarely bite people. Some experts go so far as to say they will never bite people unless there is a very large population of them, and their food source is insufficient. It’s not that a swarm of hungry cockroaches will suddenly turn on a human, but given the opportunity, one or more of them might be tempted to take a nibble, out of desperation.

Most Vulnerable When Sleeping – It appears that most of the times roaches bite humans is when we are asleep. Usually they are looking at the corners of our mouths, in our ears, or between our toes for a tiny morsel of food or a bit of moisture. When that is the case, it’s not us that are the primary targets, but in eating bits of anything edible that may be clinging to us, they may bite us in the process. You don’t have to stay awake all night to avoid a cockroach bite, although the insect will definitely avoid any human that’s moving around. We have turkey vultures in our area, and our neighbor tells his wife if she is outside when the vultures are circling around, to keep moving or she might be mistaken for a carcass. The same logic may apply to avoiding roach bites. Keep moving.

Which brings up the next question. Do roaches bite humans who are awake? The answer here appears to be rarely, although some have reported being bitten while seated at a desk, or reading a book, in other words when they weren’t moving perceptibly much of the time. There doesn’t appear to be any record of someone on their feet being chased down by a cockroach.

Of course a roach may bite out of self defense, and probably will. Any insect would likely do that if able to. If you could muster up the courage to pick one of the critters up it would make sense to be careful how you held onto it.

Bacteria, Not Venom – A roach is not a venomous insect, so should one bite you, you would not have that to worry about. A cockroach bite is said to about as painful as being bitten by a large ant, and may leave a red mark that could later itch, probably from an immune system’s reaction to the insect’s saliva rather than from any venom. The danger of a roach bite is the fact that the roach is a filthy insect, not just a creepy one. Roaches are scavengers, and not in search of a blood meal, even when hungry. They thrive on garbage, sewage, and the like, things that provide havens for bacteria. Roaches also taste with their feet, so besides any bacteria which may be present in its bite, if a roach walks across you it could be leaving a trail of bacteria as well.

Cleanliness Is The Best Defense – Unless you live in a place which is infested with roaches, you’re unlikely to ever be bitten by one. The best prevention is cleanliness, not just the cleanliness and tidiness of your living quarters, but your own personal cleanliness and hygiene as well. Wash your face before you go to bed. Don’t give a roach something to nibble at, no matter how small.