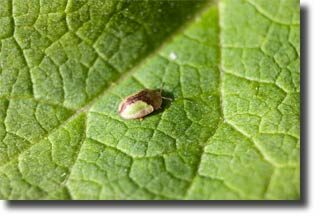 How To Detect And Eliminate Cinch Bugs

Cinch bugs can fairly quickly infest a lawn, creating large brown and yellow spots. Often these affected areas are at first thought to suffer from a lack of water. When additional watering does not seem to help, an infestation of these small creatures can well be the cause of the problem.

What Cinch Bugs Like – Lack of adequate water and cinch bugs actually go hand in hand. These bugs tend to attack grass that is stressed due to a lack of water, kill the grass, and eventually spread to more healthy grass. The bugs prefer hot sunny parts of the lawn, and tend not to be particularly bothersome in shaded areas. Infestations are more prevalent in lawns containing St. Augustine grass, as this species of grass appears to be the bug’s favorite. Cinch bugs do infest Kentucky bluegrass and other turf grasses on occasion, but are mostly partial to St. Augustine.

Preventing An Infestation – There are a couple of ways to deal with cinch bugs. They can be tough customers, showing resistance to many pesticides, even including DDT. If not too late, a program of prevention is the best course. Just keeping the turf healthy can go a long ways towards keeping the pest from gaining an upper hand. Keep the lawn adequately watered, and mowed to the recommended height. This will promote a strong root system, and the grass blades will better be able to withstand a cinch bug attack.  Keeping the mower blade sharp is also a help. When grass blades are cleanly cut rather than experiencing a ragged cut the grass is less stressed, and in better condition to withstand insect attacks. It is also helpful to keep thatch from building up to no more than a quarter of an inch in thickness, as a thick layer of thatch tends to promote the dry conditions cinch bugs favor. The bugs also seem to prefer to do their dining in turf that has been over fertilized, so give your lawn the recommended dosages, but don’t overdo it.

An Effective Treatment – Considering the damage they can cause, you might expect a cinch bug to be a rather sizable critter. The fact is it is very small, less than 1/8 inch long, and does its damage by strength through numbers. The bug is black with white wings, and can often be detected walking around among the grass blades if you carefully part the blades with your hands. The bug kills a grass blade by sucking the juice from it. As the grass blades are killed, nourishment stops flowing to the roots, and eventually the roots die as well. Although cinch bugs are noted for their resistance to some insecticides, a commercial insect killer for turf is always worth a try.

A tested and proven home remedy consists of an insecticidal soap/isopropyl rubbing alcohol mixture. Fill a spray bottle with the soap mixture, and add a few teaspoons of the rubbing alcohol. Spray the infected area with the solution, repeating every three days for a week or two. The solution will kill the insects but not the eggs, so you have to give the eggs time to hatch. This takes a couple of weeks, and it takes the nymphs another 3 or 4 weeks to fully mature. Although the eggs are not affected by the solution, the nymphs will be killed by it, so several repeat sprayings should do the trick.

If you’ve never experienced a cinch bug infestation, it could well be because of the part of the country you’re living in. St. Augustine is a preferred turf grass in the hotter southern states, and generally not planted in the northern and middle tiers of states. If there is no St. Augustine grass, there is little chance you will find cinch bugs in the vicinity.