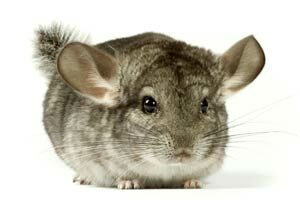 A very popular pet in many households is actually a rodent, but instead of scavenging as most do, chinchilla food choices are of a much more sophisticated nature.  In fact, because of a delicate and sensitive digestive system, anyone who has a chinchilla as a pet needs to know some very important facts about the food they require.

A chinchilla is a small animal that is indigenous to the South American region of the Andes Mountains.  In its natural habitat, the chinchilla makes its home within crannies of rocks or by burrowing into the ground.  Various types of plants, seeds and fruits common to the Chilean climate comprise the diets of the wild chinchilla.  Two species of the animal are currently recognized:  Chinchilla brevicaudata and Chinchilla lanigera.   A third species, the Giant Chinchilla, is sadly now extinct; hunted voraciously for its luxurious fur, all signs of this animal were extinguished by the 1800’s.  The most noticeable difference between the two remaining species is in their appearance; the lanigera possesses a slimmer body frame, longer tail and ears as well as a more defined face and neck area than does the brevicaudata species.  Domestic chinchillas are bred for use as pets, and are believed to have derived from the lanigera species.

While in their native habitats chinchillas eat a variety of foods, pet chinchillas are much more sensitive to their diets.  Perhaps because of their slight similarity in appearance to a rabbit, often pet owners make the error of feeding their pet rabbit food.  While some say that rabbit pellets can be fed to the chinchilla, many experts strongly advise against this diet.  There are commercially available chinchilla food pellets that are nutritionally balanced to support the chinchilla’s specific dietary needs, and these are the very best choice for feeding your pet.  Food can be purchased in either loose or palletized form; it is generally most effective to purchase palletized food to ensure that the chinchilla is getting the nutrients they require.  While the loose food is nutritionally balanced as a whole, the chinchilla is likely to pick out its favorite components of the food, leaving others untouched.  This means they are not receiving the balance they need.  Chinchilla food in pellet form ensures that equal amounts of nutrients are provided in each pellet.

In addition to the specially formulated food, chinchillas must also be given hay on a continuous basis in their diet.  Replacing the wide array of roughage that the wild chinchillas eat to complete their dietary needs, hay will likely be a continuous snack throughout the animal’s waking hours.  However, the pet owner must take extreme caution in making sure that the hay is thoroughly dried.  It can be tested for dryness by crushing between the fingers; if the hay is brittle enough to crumble easily when crushed, it is dry.  If it seems resilient when pressed and does not crush, it should not be offered to the chinchilla.  Hay that has not been effectively dried can develop mold which will be damaging to the pet’s digestive system.

When offering hay as chinchilla food, give it out sparingly.  If an excess of hay is placed in the chinchilla habitat, the pet will likely drag it around and drop it on the floor of the cage.  This leads to contamination of the hay by the pet’s body eliminations, which could result in bacteria and fungus.  When eaten by the chinchilla, disease and illness could occur.