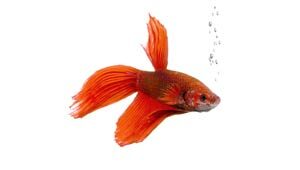 A Look At The More Common Betta Diseases

When you look into the more common Betta diseases, you’ll find the source of the problem is very often the result of an unhealthy environment, in other words, a dirty fish tank. Some diseases are contagious, and may be caused by a newly purchased fish introducing a disease into the aquarium, and consequently infecting the others. In this article we’ll take a look at some of the more common diseases, and how they can be treated, or be prevented.

Constipation – One of the more common Betta diseases is constipation. Though technically not a disease, it is nevertheless a condition demanding attention. The symptom is that the fish becomes bloated and stops eating. The cause is almost always overfeeding. The Betta needs to be fed only once a day, and no more than it can eat in 5 to 10 minutes. It may only eat until full if fed freeze dried food or flakes, but if fed live food it is very apt to eat as long as it can, in other words it gorges itself, and soon becomes constipated.

Ich – Ich is another disease common to the Betta and to many other freshwater fish as well. Ich, or White Spot, is a fish parasite affecting the skin or scales. Ich is a louse-like creature which multiplies rapidly once established. Ich will cause great stress to the Betta, which may attempt to relieve the irritation by scratching against gravel or any object in the aquarium. When present, Ich resembles small white sand-like spots on the fish’s body. Treatment for Ich usually involves raising the water temperature and applying medication between water changes for 10-14 days. The purpose of the medication is to kill any parasites that are not in the fish. Over a period of 10 days to 2 weeks it is possible to eradicate Ich from the environment.

Fin Rot – Fin rot is a bacterial infection which, while serious, is rather easily prevented. The Betta’s fins will begin to appear ragged at first, and over time appear to become shorter and shorter. Eventually the base of the fin may be affected, becoming inflamed with open sores. There are several situations which can cause Fin rot, including overcrowding, and poor water quality. When a fish becomes stressed, say due to overcrowding, and the water quality is such that bacteria can thrive, the Betta’s immune system may be weakened, making it susceptible to a bacterial infection such as Fin rot. Treatment involves a complete change of water, cleaning the aquarium, and medication (Tetracycline is commonly used). If the aquarium is kept clean, and the water quality is good, Fin rot is unlikely to take hold.

Dropsy – Dropsy is another of the Betta diseases which is the result of a bacterial infection. It can be serious enough to kill the fish. The main symptom is bloating, as the bacteria affect the kidneys, and cause fluids to be retained in the fish’s body. The water in the aquarium must be changed, and medication administered. If only one fish shows symptoms, it needs to be quarantined and treated separately. There are medicines to treat the tank water, and also for medicated baths to be given infected fish. Medication will usually quickly arrest the growth of the bacteria and, if not administered too late, the fish should recover.

Velvet – The last of the most common Betta diseases is Velvet, a parasitic attack that can affect all the fish in a tank. The parasite is Oodinium, which is almost always present, but seldom causes a problem, unless the water quality in the tank is allowed to degenerate beyond a certain point. The pustules caused by the parasite are so small as to usually go undetected. Over time however, the skin of the fish will take on a rust-like appearance, the Betta may scratch itself repeatedly against objects in the tank, and may become increasingly lethargic. Treatment includes raising the water temperature of the tank, reducing the amount of light for several days, keeping the water slightly salty (aquarium salt), and adding a copper sulfate solution to the water.

Unless introduced by a new fish on the block, most of the common Betta diseases can be avoided by keeping the quality of the water high and the tank clean. Most of these diseases can be fatal if not treated early, but most of them can be treated with chemicals or medication.